Highlights of his work include the Colonia Mediapark building, the Cultural and Congress Centre in Lucerne, the Foundation Cognac-Jay in Rueil-Malmaison, the Nantes Law Courts, the Cartier Foundation in Paris, the Commercial Centre in Lille, state-subsidised apartments in Bezons, the Nemausus housing complex in Nimes and the Arab World Institute in Paris and Agbar Tower. 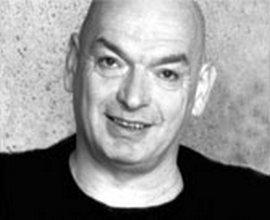